Thank you! Your submission has been received!

Oops! Something went wrong while submitting the form :(

Save thousands over replacement on old tubs!


If you are thinking about bathroom and kitchen remodeling in Oklahoma City, you should look carefully at the time and cost. Kitchens and bathrooms are two of the main areas that most homeowners want to upgrade. Remodeling is often seen as the best way to go about it, but is it the best way for you?

Bathroom remodels are popular with homeowners partly because of how quickly these rooms become dated. What was fashionable and appealing in the 90s or earlier may now be considered ugly. In addition, kitchens and bathrooms are two parts of a home that get a significant amount of use. Because they spend so much time in these rooms, homeowners may want to make their kitchen into a more efficient and appealing cooking area and transform their bathroom into a more relaxing space. Lastly, a kitchen and bathroom remodel in OKC can have a significant impact on a home's resale value. According to HGTV, it is more important to focus on looks rather than to spend a lot on high-end elements when upgrading for resale. This is because many people are unable to tell the difference between expensive additions and inexpensive ones.

Refinishing your bathroom allows you to change the color of your tub and gives your grout a new, clean look. In addition, the grout gets a protective coating so that it remains easy to clean. Refinishing your kitchen's countertop can be beneficial as well. Like a refinished bathtub, it gets a protective layer that can lengthen its life by as much as 15 years. The protective layer may consist of laminate, epoxy or paint. Tiles, both in the bathroom and kitchen, can be repainted before being sealed and coated with epoxy.

The most expensive bathroom component is usually the bathtub. A complete bathroom remodel in OKC will usually involve replacing the tub. Bathtubs in older homes were usually built-in rather than installed. As a result, removing them tends to take a lot of man-hours. Along with the high labor costs involved in taking it out, there are other hidden costs associated such as disposal of the old bathtub and the plumbing work that will be necessary when installing the new one. In addition to this, you are likely to lose your tiles when removing and replacing the bathtub. When you refinish, you will be keeping your old tub, so there will be no need for the extensive plumbing work required when you switch your old bathtub out for a new one. Similarly, refinishing the bathtub will not affect your tiles, so you don't have to worry about an extra cost there. 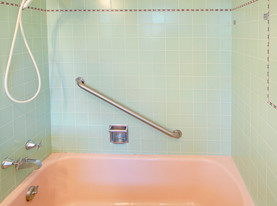 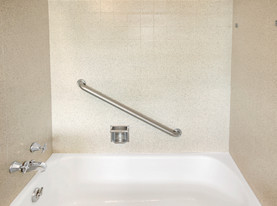 
The refinishing process involves repairing cracks and other blemishes that can detract from the appearance of your bathtub or countertop. In other words, it can make them look as good as new. Because it is a less labor-intensive solution, it takes much less time and costs only a fraction what you would pay for a replacement.


Perhaps the most important way that refinishing will save you money is in terms of longevity. A refinished bathroom or kitchen will last as long as a kitchen or bathroom remodel in OKC. This means that you get the same aesthetic benefit over the same period without the high price.


Rethink your bathroom or kitchen remodeling project in Oklahoma City and contact Miracle Method of OKC today to schedule a free estimate to refinish instead. We have been serving Edmond, Norman, and other communities in the Oklahoma City area for over 35 years.